The NBL could well face a Covid-19 vaccination mandate dilemma after the New Zealand Breakers agreed to release star guard Tai Webster because of his stance to remain unvaccinated.

The Breakers confirmed on Monday that the franchise had “mutually agreed” to part ways with Webster due to his vaccination beliefs ahead of the 2021/22 NBL season.

New Zealand’s decision was effectively fast tracked, with Australian state regulations recommending athletes and the general public be vaccinated in order to travel overseas/interstate and to enjoy freedoms bought about by the gradual easing of lockdown and social distancing restrictions.

The Victorian state government unveiled its roadmap out of Covid-19 lockdown on Sunday – activities and freedoms will only be available to fully vaccinated people.

The new NBL season is scheduled to start November 18, although the league is considering delaying the season until mid-December to maximise crowds.

Webster had inked a new two-year contract with the Breakers in July, but since then it has become increasingly likely the team will again start the season in Australia due to the Delta outbreak.

“Tai was amazing for us last year and we wish him the absolute best and I fully support each player’s freedom of choice in regard to the vaccine,” Walsh said.

“The club will keep the door open for Tai, but unfortunately we are living in extraordinary times and without being vaccinated he will not have freedom of travel which would allow him to play for us this season.”

The Breakers’ decision to part ways with Webster over his vaccination since has the potential to be a game-changer for the NBL and all professional sport, as more players could opt out due to their vaccination beliefs.

NBL commissioner Jeremy Loeliger has said the league won’t force players to be vaccinated, but stressed there would be ramifications if a player or official opted not to be jabbed.

Loeliger also revealed there are only a “handful of players” indicating a desire not to be vaccinated.

“At this point, we are not going to mandate vaccinations for players, coaches and staff, but we will continue to educate our people and will strongly recommend it,” Loeliger said.

“It may be that those who don’t get vaccinated won’t be able to travel between states and countries, or even enter certain venues, and therefore won’t be able to participate in some games when the season begins.

“Individuals that decide not to get vaccinated could be subjected to different rules, depending on various government protocols and restrictions.” 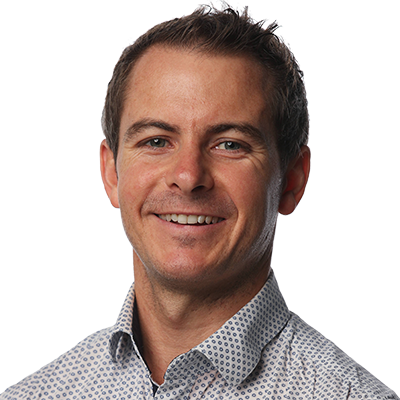 Matt Logue is an award-winning sports journalist and author who brings more than 20 years’ experience to NCA NewsWire. Starting out in regional newspapers in Dubbo and Bathurst, he moved to Sydney in 2006 and s… Read more
Because you’re following Matt Logue, we think you might like more stories from this author. To manage which journalists and stories you see, go to manage following

Denial of responsibility! Rapidtelecast.com is an automatic aggregator around the global media. All the content are available free on Internet. We have just arranged it in one platform for educational purpose only. In each content, the hyperlink to the primary source is specified. All trademarks belong to their rightful owners, all materials to their authors. If you are the owner of the content and do not want us to publish your materials on our website, please contact us by email – [email protected]. The content will be deleted within 24 hours.
Basketball newsBasketballupdateBreakersBrendan RadkeMatt LogueNBL22rapidtelecastrapidtelecast news
0
Share FacebookTwitterGoogle+ReddItWhatsAppPinterestEmail

Marvel’s Midnight Suns and ARC Raiders both got…