Recently crowned Masters champion Judd Trump is through to the 37th ranking final of his career, after beating Shaun Murphy 6-2 in the last four of the Duelbits World Grand Prix in Cheltenham.

The Ace in the Pack now faces a blockbuster title match against player of the season so far Mark Allen, who himself has picked up tournament wins at the Northern Ireland Open and the UK Championship. They will do battle over the best of 19 frames for a top prize of £100,000.

Bristolian Trump will enjoy a strong local support tomorrow, when he will be aiming to capture a title for the second consecutive week. He won an epic Masters final with Mark Williams 10-8 last Sunday. However, 2019 World Champion Trump knows he will have to be on his game again, with Allen leading the head-to-head record between the pair 12-11.

Regardless of the outcome in the final, Trump will move into the top eight of the one-year list thanks to the minimum £40,000 prize on offer tomorrow. That puts him in position to qualify for the remaining events in the Duelbits Series. Only the best 16 will make it to the Duelbits Players Championship, with the top eight in attendance for the Duelbits Tour Championship.

This evening’s win for Trump avenges defeat in his most recent meeting with Murphy, where he lost out 6-5 at this season’s UK Championship. Murphy’s wait for a first major title since the 2020 Welsh Open goes on, but he does move from 14th to 11th position in the live one-year list standings thanks to the £20,000 he’s earned for reaching the semi-finals.

Trump got off to a fast start this evening, taking the opening two frames to establish an early 2-0 cushion. Murphy replied with a stunning 140 break, the highest of the event so far, to reduce his arrears to a single frame. However, Trump fired in a run of 85 in the fourth to lead 3-1 at the mid-session interval.

After play resumed 23-time ranking event winner Trump stretched his lead to three with a century contribution of 112 to make it 4-1. Murphy took the sixth and had the first opportunity in the seventh, but broke down on 38. Trump clawed his way back into the frame and crucially took it to move one from victory at 5-2. Runs of 33 and 32 were enough to see him over the line and secure his place in the final. 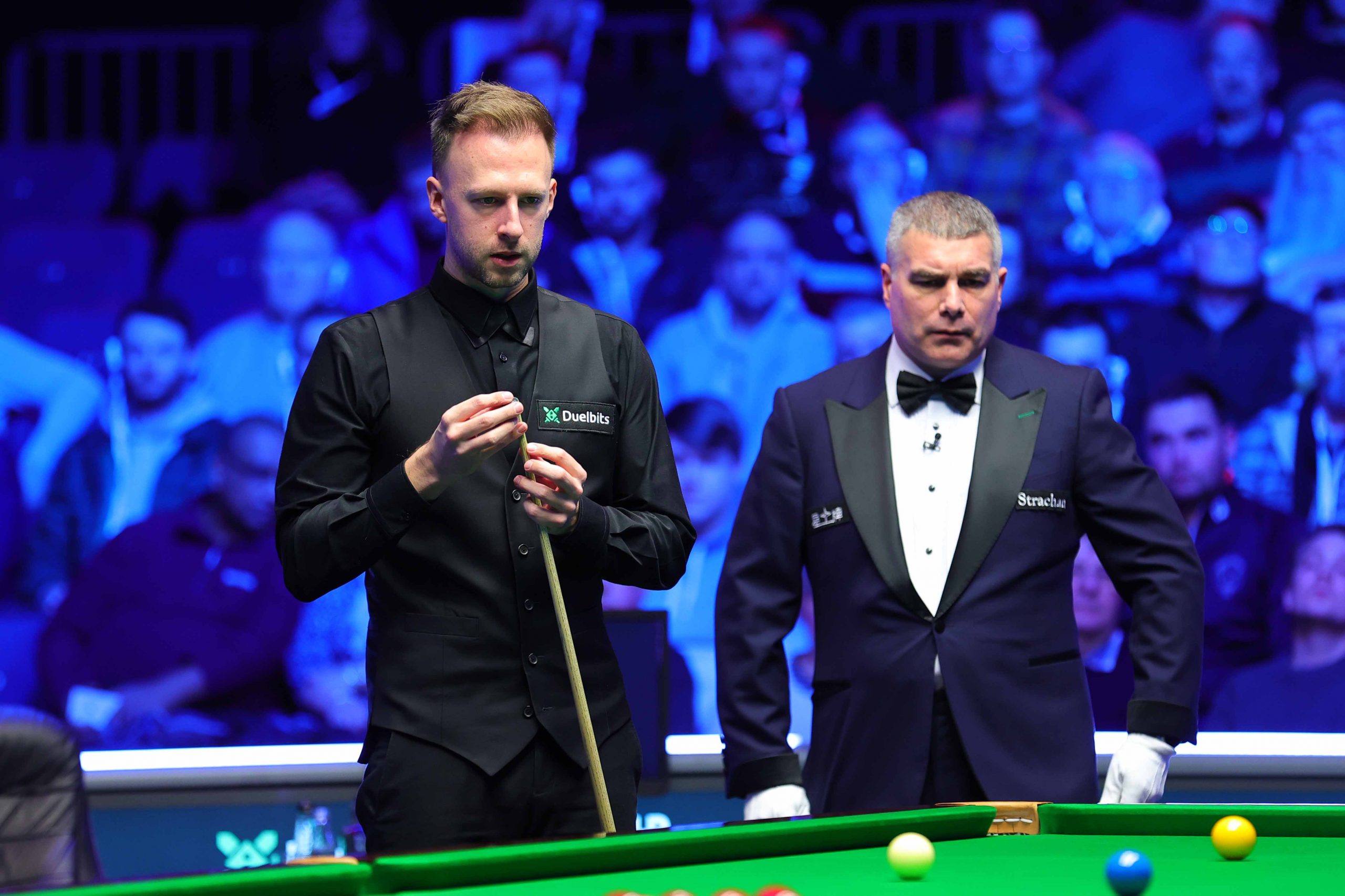 “You always feel like it is going to be tough against Shaun, so to win so easily is always a bonus. That saves a little bit of energy for the final now. I’m pleased with how I played. I scored very heavily when I got in and took my chances. Long potting wasn’t amazing, but it was good enough in the end,” said 33-year-old Trump.

“It is never nice to lose to someone and it is always an aim to make sure that doesn’t happen twice in a row. It is nice to get that one out of the way. I felt good out there and comfortable. I’ve taken a lot of confidence from the Masters win and hopefully I perform well in the final.

“I’ve always had good games with Mark Allen and there will be many more to come. This is another big one. He’s the player in form this season, he’s won a lot of events and he looks good every time he comes to the table. It is important for me to go out and play my own game and try to control the table, not let him dictate things. Hopefully I can find some form with my long potting overnight.

“This event is very close to home for me, as close as it gets. I’ve had amazing support all week. I was crowd favourite against Shaun and no doubt everyone will get behind me in the final. It does make you try that little bit harder. It just fills you with confidence when you’ve got everyone backing you.”

Denial of responsibility! Rapidtelecast.com is an automatic aggregator around the global media. All the content are available free on Internet. We have just arranged it in one platform for educational purpose only. In each content, the hyperlink to the primary source is specified. All trademarks belong to their rightful owners, all materials to their authors. If you are the owner of the content and do not want us to publish your materials on our website, please contact us by email – [email protected]. The content will be deleted within 24 hours.
AllenFreaksrapidtelecastrapidtelecast newsSetsshowdownsnookerSnooker news
0
Share FacebookTwitterGoogle+ReddItWhatsAppPinterestEmail

Celebrate Harvest Fest With Rice Above The Rest at Cafe…