Ukraine war: Putin ‘paves the way for 1million Russian to be drafted’

A haunting video shows a group of enlistees from Stary Oskol in Belgorod region being taken away into their military service.

His child, seemingly a girl, is heard — but not seen — shouting after him: ‘Papa, goodbye….

The child cries inconsolably as her father — somewhere in a group of men — slowly leaves, some never to return.

One claim was that these men — who are close to the Ukraine border in Belgorod region — would be first of the newly recruited to the front, but all are supposed to have at least one month’s training first.

Separately, university students are seen in a video being marched by police from their lecture theatres to war service in Ulan-Ude, Buryatia — already one of the worst hit regions for bloodshed in Putin’s war.

The scene at Buryatia State University came one day after the defence minister Sergei Shoigu had vowed higher education students would not be enlisted.

Vladimir Putin has paved the way for up to 1million Russians to be conscripted into the armed forces and sent to fight in Ukraine, it has been claimed.

The despot yesterday announced that 300,000 people with previous combat experience or specialist skills will be sent to the frontlines in Ukraine, with the first batches seen kissing their loved ones goodbye today.

However, the official order was published with a paragraph ominously blanked out. Putin’s spokesman says it relates to the number who can be called, and a source within the presidential palace now claims it says ‘1million’.

The document also makes no mention of previous combat experience and sets no limits on who can be summoned except those who are too old, sick or in jail – opening the door for virtually anyone to be drafted. 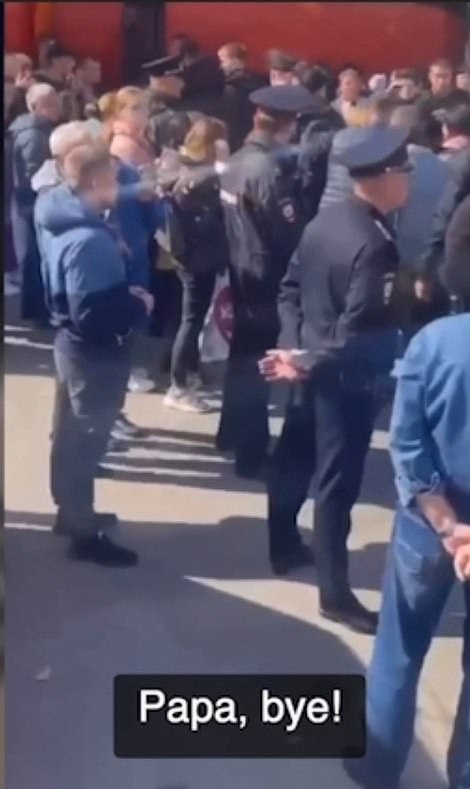 The child’s father waits tob e called up to service while his child cries, shouting after him: ‘Papa, goodbye…. ‘Please come back. Papa, bye, Papa… Papa…?’ 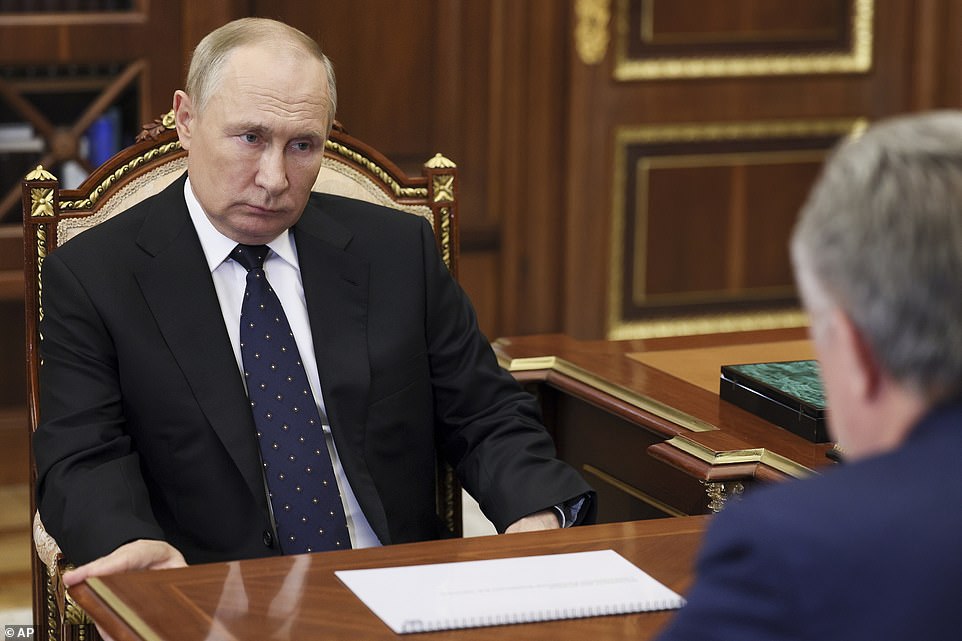 Vladimir Putin is pictured today, speaking to the chief of a state-owned Russian mortgage company in the Kremlin 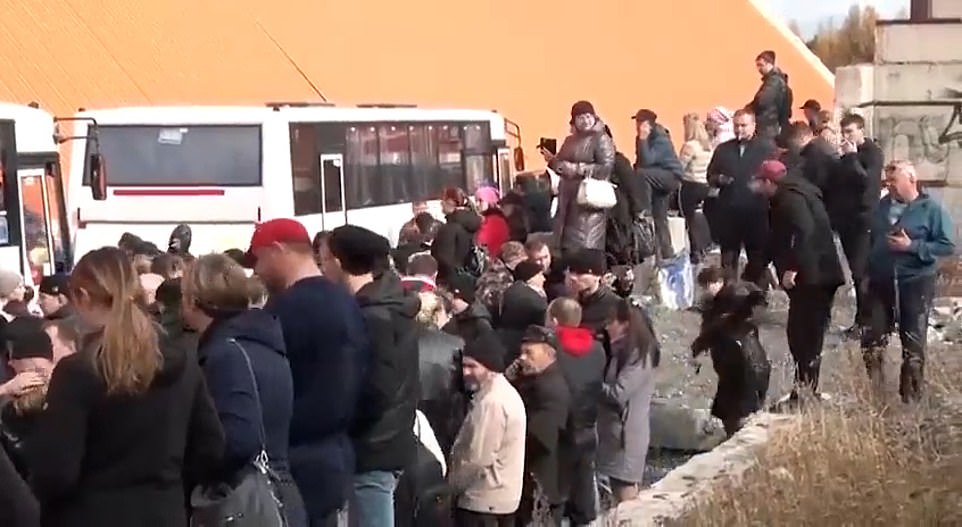 ‘The figure [to be called up] was corrected several times, and in the end they settled on a million,’ the source told opposition newspaper Novaya Gazeta.

Anecdotal evidence from some of Russia’s many regions, where military commissars are already to rounding up people for the frontlines, indicated the net is being cast far wider that Putin suggested.

Videos from Chechnya and Yakutia showed large numbers of men – some of them middle aged – being loaded on to buses to take them off to war.

Andrew Roth, of The Guardian, also claimed to have spoken to people living in a small village in Buryatia – in Russia’s far east – where 20 people out of 450 had been handed papers, or around 5 per cent of the population.

Repeated country-wide, that would yield a force far larger than 300,000.

It appears the draft is currently focused in Russia’s poorer and more-remote eastern regions, likely because Putin feels less-threatened by unrest there than in his western power-bases of Moscow or St Petersburg.

However, it seems not everyone in the west is immune – with human rights groups reporting that some activists arrested overnight for protesting the war are being handed draft papers inside the police station.

Officers in four stations around the capital are said to be drafting dissenters into the armed forces, human rights group OVD-Info told CNN, with at least one being threatened with 15 years in jail if they refuse.

The channel, which claims insider Kremlin sources, also claimed the ‘general estimate of losses by March next year is about 300,000 killed and wounded’. 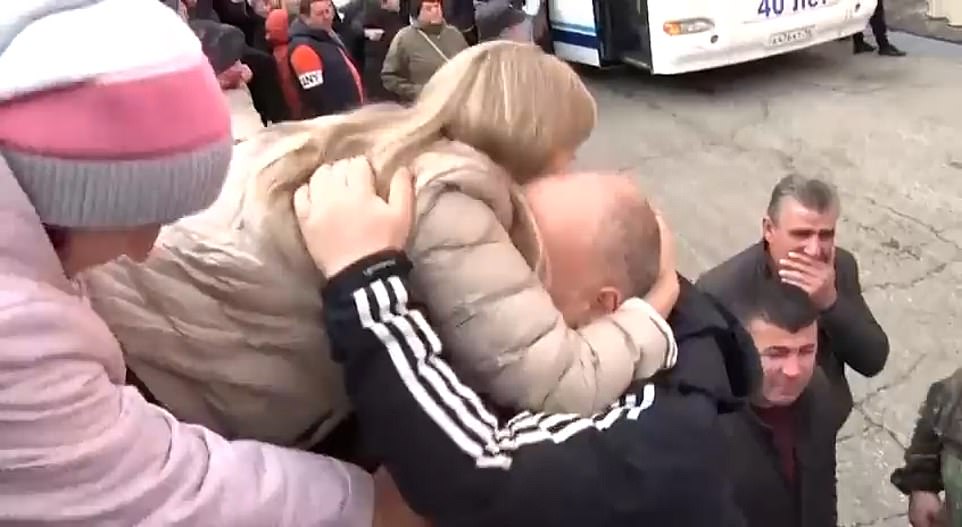 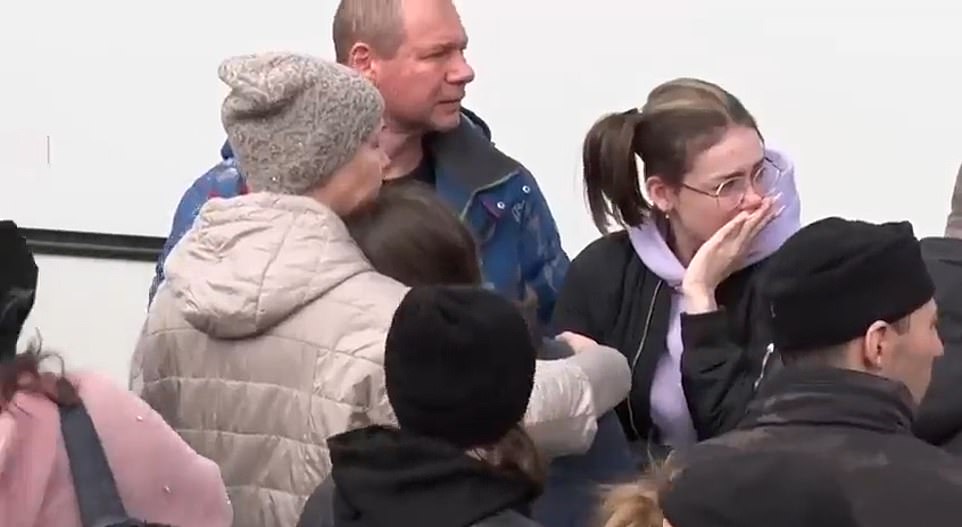 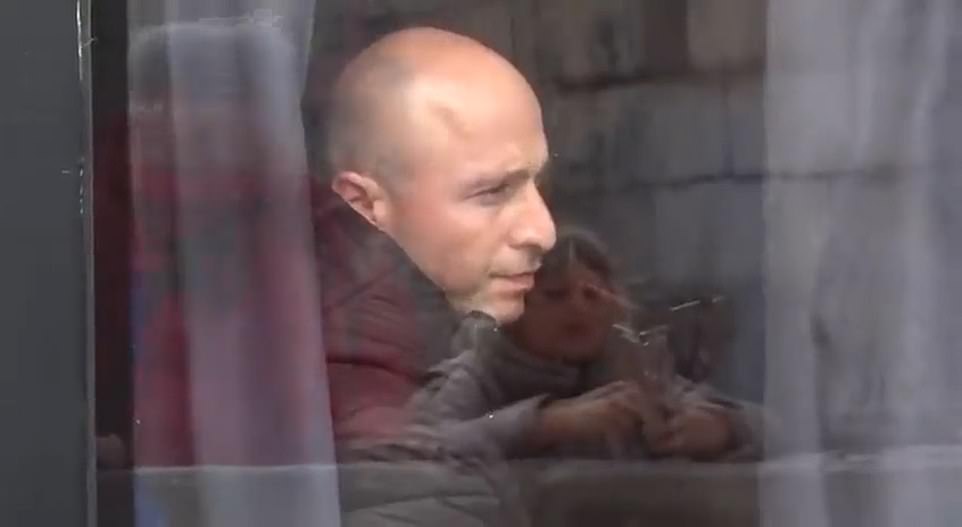 At least 300,000 reservists have been sent to battle in a dramatic escalation of Putin’s savage invasion 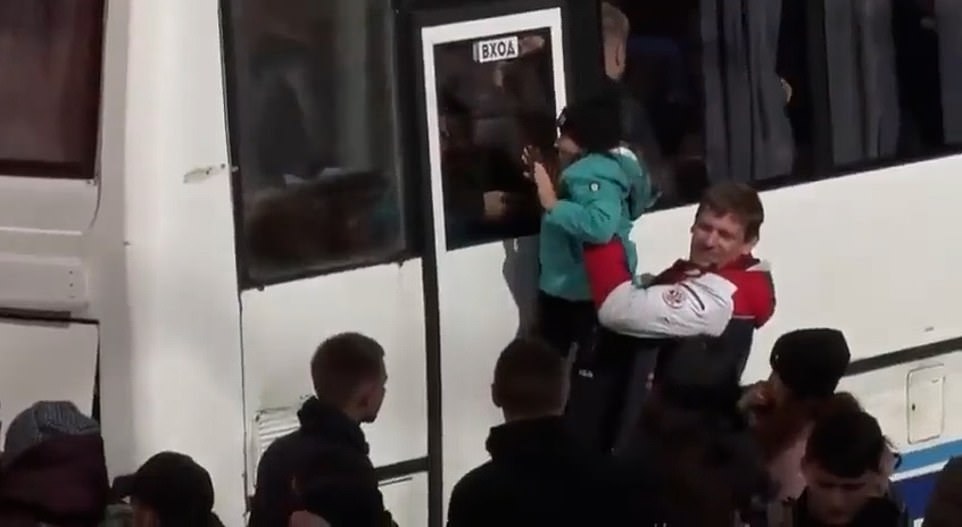 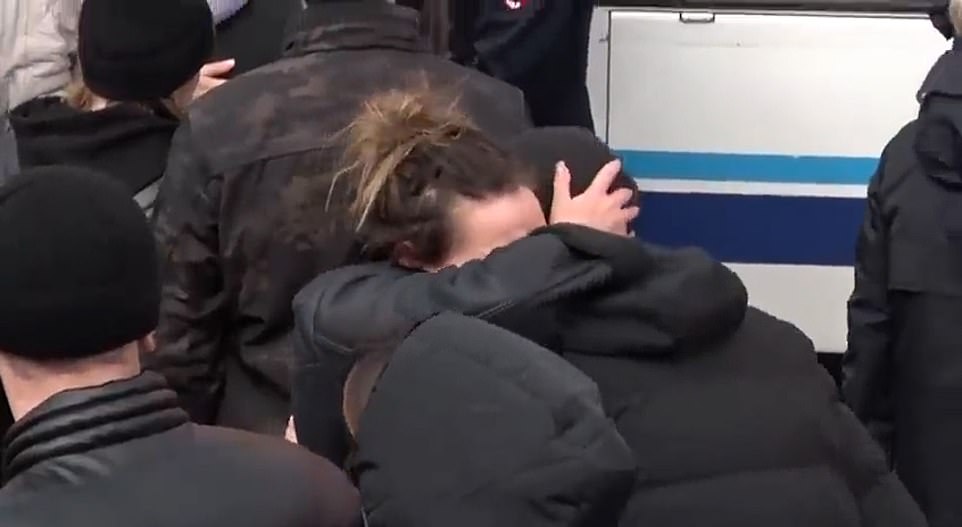 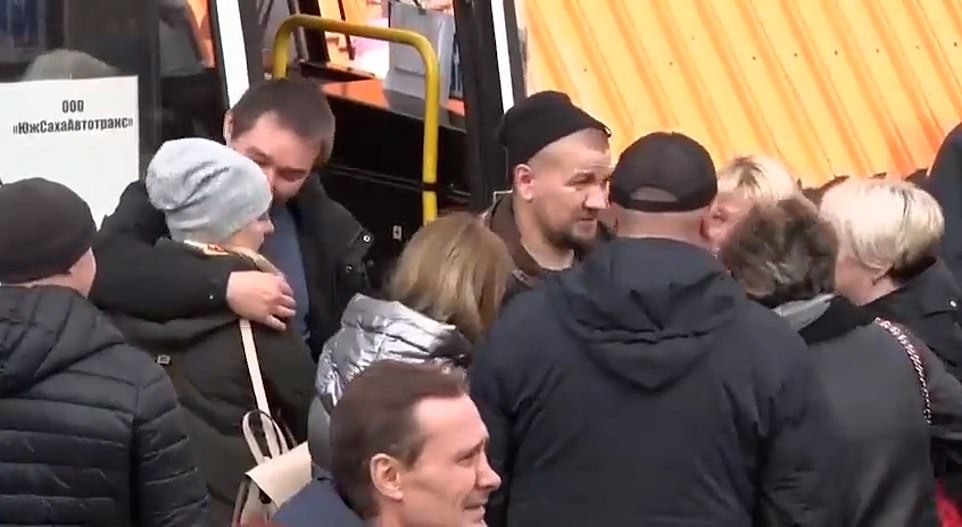 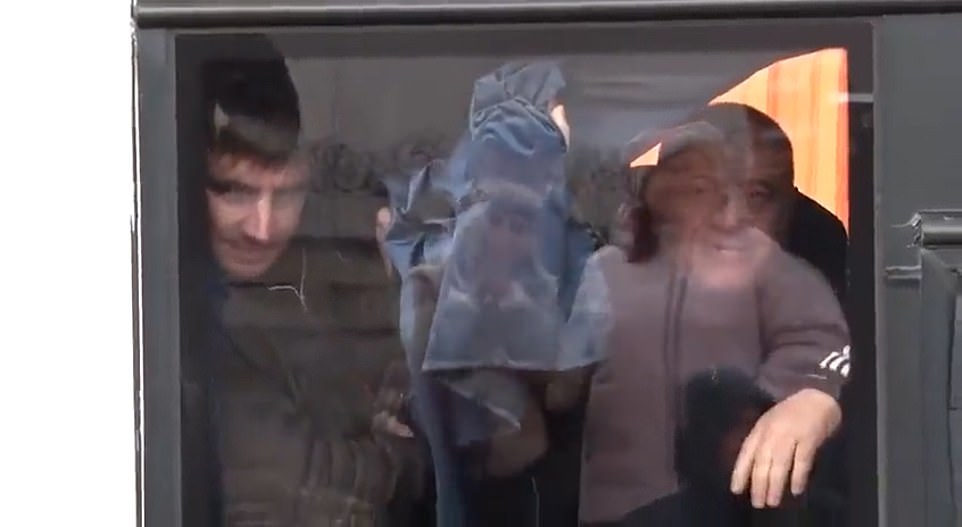 According to Russian media outlets, anyone taking part in the so-called ‘illegal rallies’ risks military conscription

‘The president is leaving it at the Defense Minister’s discretion,’ Chikov said. ‘So in fact it is the Russian Defense Ministry that will decide who will be sent to war, from where and in what numbers.’

James Heappey, a British defence minister, said today that 300,000 men conscripted into the military would ‘suffer horribly for the Kremlin’ hubris’.

Speaking in the House of Commons, he said: ‘Putin is rattled and his tactics transparent. He is implicitly acknowledging his heavy losses and his armed forces’ ability to achieve any of their objectives. His false narratives, escalatory rhetoric, nuclear sabre-rattling are all, bluntly, admissions of failure.’

Mr Heappey said Mr Putin and his defence minister Sergei Shoigu have ‘backed themselves into a corner’, adding: ‘They have sent tens of thousands of their own citizens to their deaths, ill-equipped and badly led, they’re now to send hundreds of thousands more with little training and no winter uniform into the teeth of the Ukrainian winter against an opponent that is well-motivated, well-equipped and succeeding.

‘Neither Putin nor Shoigu’s lies, threats and propaganda can disguise the truth: Russian conscripts are going to suffer horribly for the Kremlin’s hubris.’

News of the mobilisation sparked fury across Russia yesterday, with more than 1,400 people arrested in demonstrations in at leas 38 cities.

Experts and observers said the move showed Putin is getting desperate, and risks backfiring on his regime by causing a collapse in morale at the front and an upsurge of anger back home. 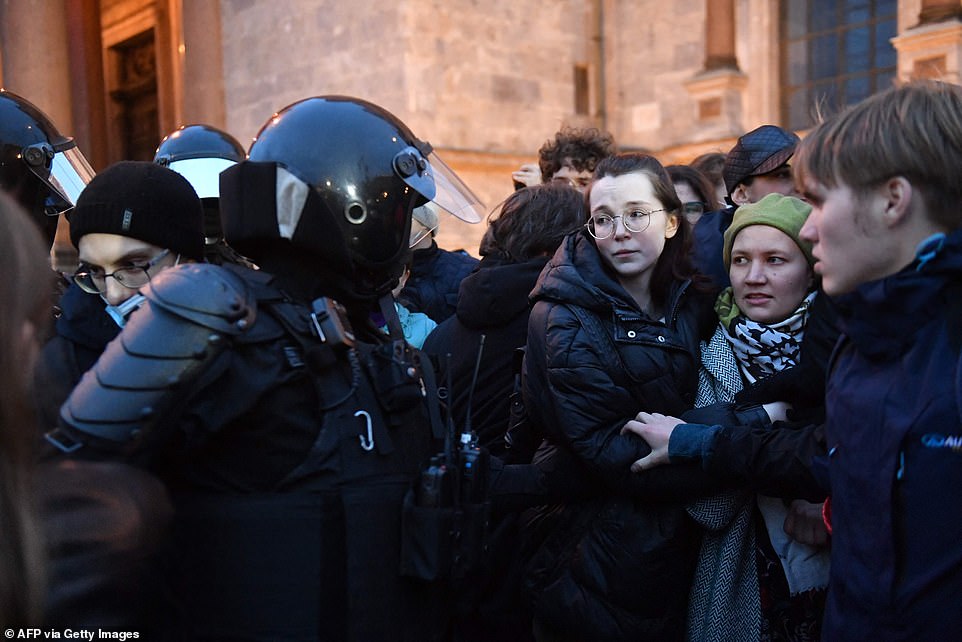 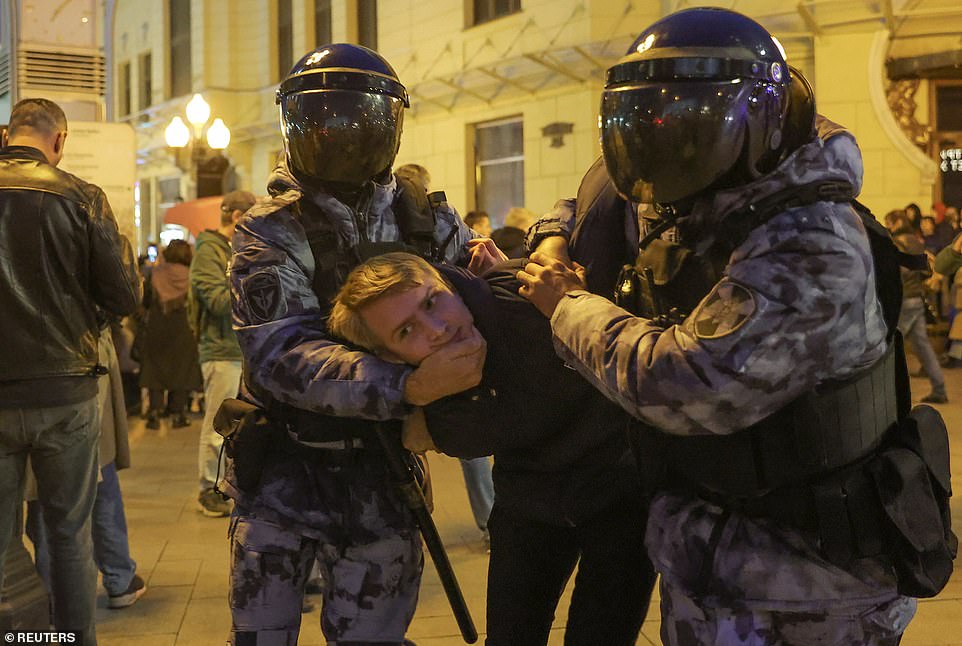 Russia is now almost seven months into what Putin anticipated would be a days-long war to depose the Ukrainian government and install a puppet regime.

But instead he has found himself locked into a grinding war of attrition against a determined enemy backed by Western weapons and money.

China and India – both of whom had good relations with Putin before the war — have distanced themselves from his regime, while even North Korea has said it won’t supply arms to Russia because it will ‘tarnish’ its image.

More protests are scheduled to take place today, organised by anti-war groups, as opposition to the invasion grows.

In a daily briefing, the MoD said: ‘Russia is likely to struggle with the logistical and administrative challenges of even mustering the 300,000 personnel.

‘It will probably attempt to stand up new formations with many of these troops, which are unlikely to be combat effective for months.

‘Even this limited mobilisation is likely to be highly unpopular with parts of the Russian population. Putin is accepting considerable political risk in the hope of generating much needed combat power.

‘The move is effectively an admission that Russia has exhausted its supply of willing volunteers to fight in Ukraine.’

Putin’s announcement led to a mass exodus with traffic at border crossings with Finland and Georgia surging and prices for air tickets from Moscow rocketing.

Prices for air tickets out of Moscow soared above £5,000 for one-way tickets to the nearest foreign locations, with most air tickets sold out completely for coming days.

Social media groups popped up with advice on how to get out of Russia while one news site in Russian gave a list of ‘where to run away right now from Russia.’ There were long tailbacks at border crossings with Georgia.

‘War is horrible,’ Sergei, a Russian man who declined to give his surname, told Reuters as he arrived in Belgrade, the Serbian capital. ‘It’s okay to be afraid of war and of death and such things.’

One Russian man who gave his name only as Alex told Reuters in Istanbul that he had left Russia partly due to the mobilisation. 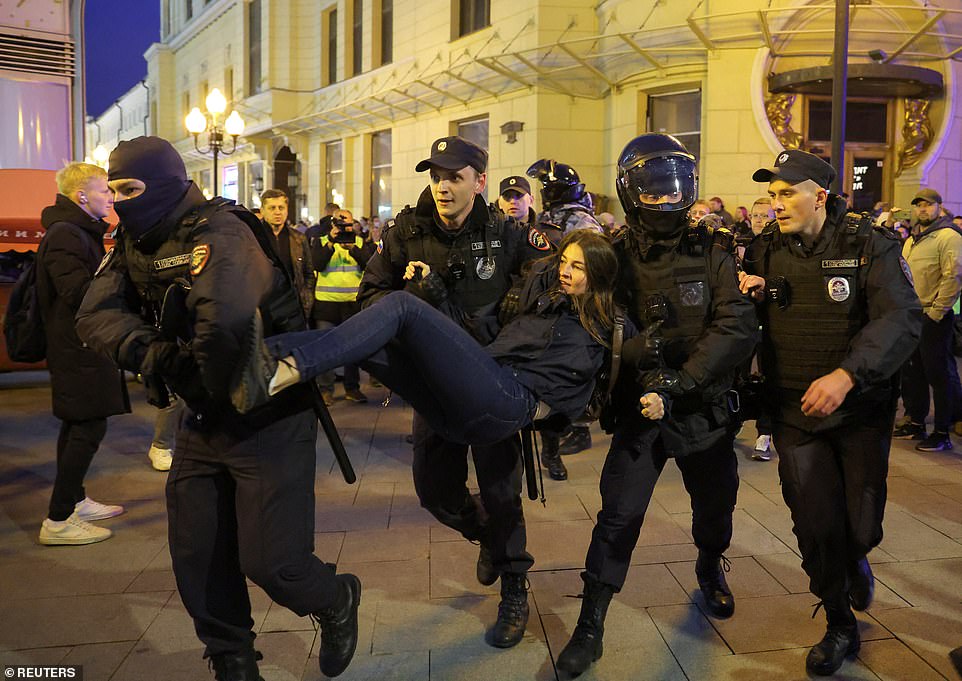 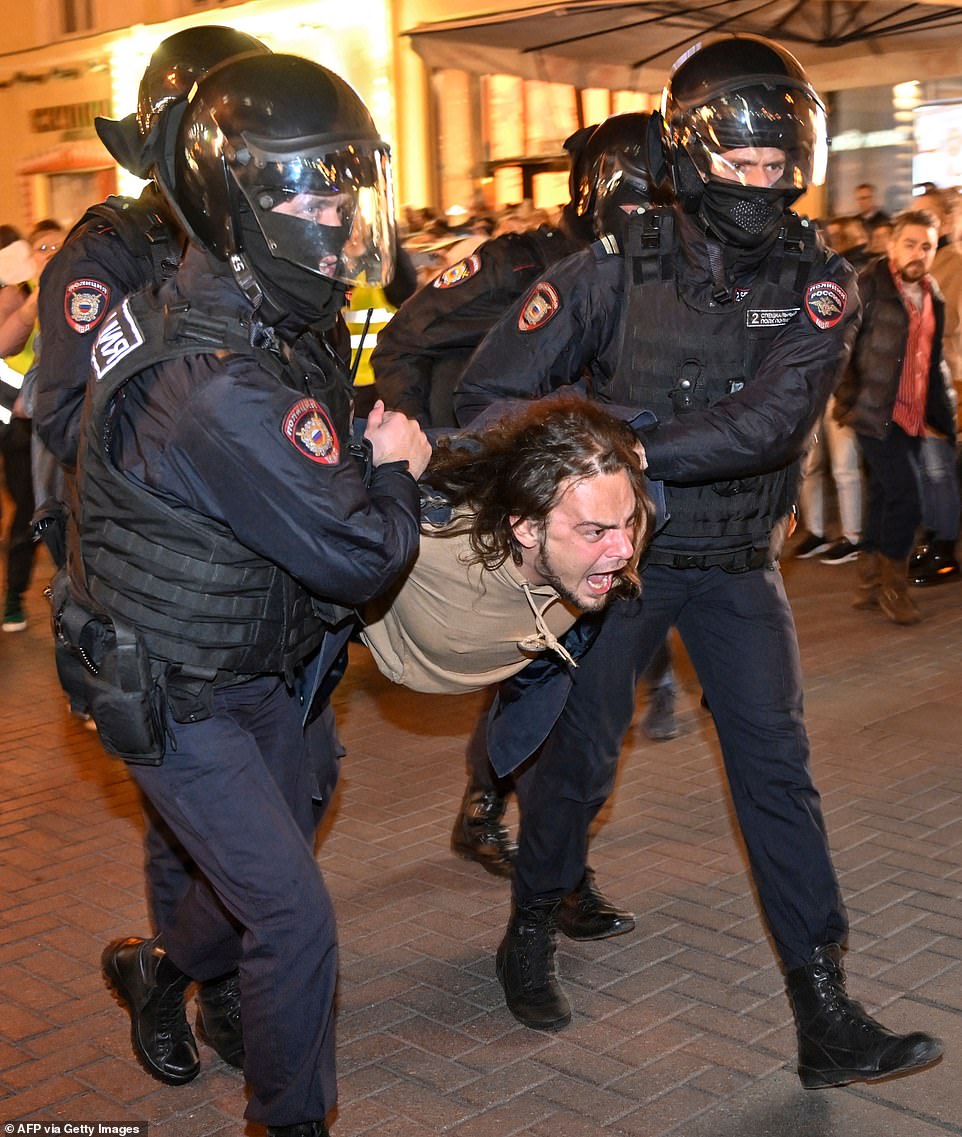 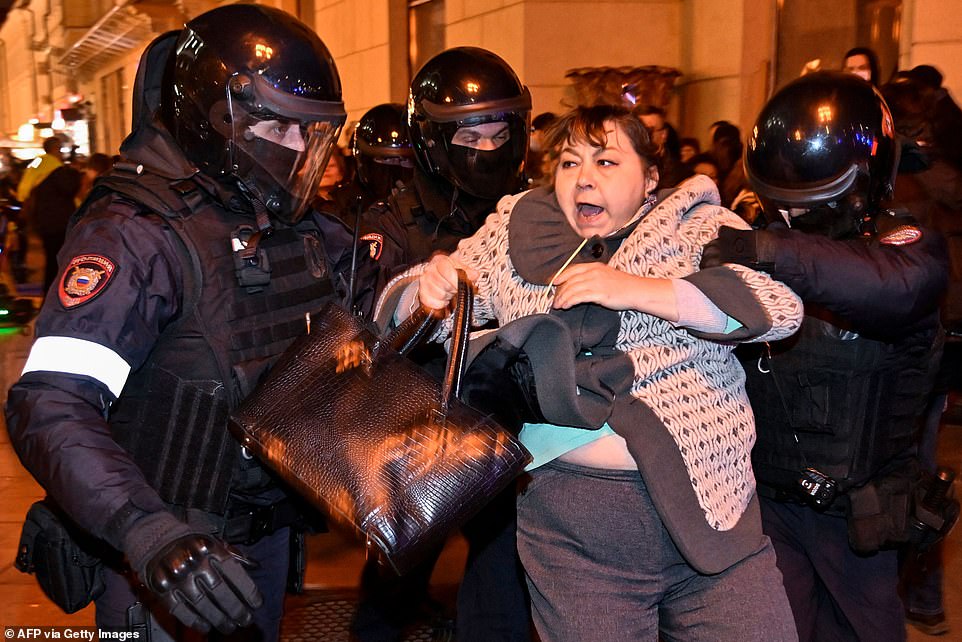 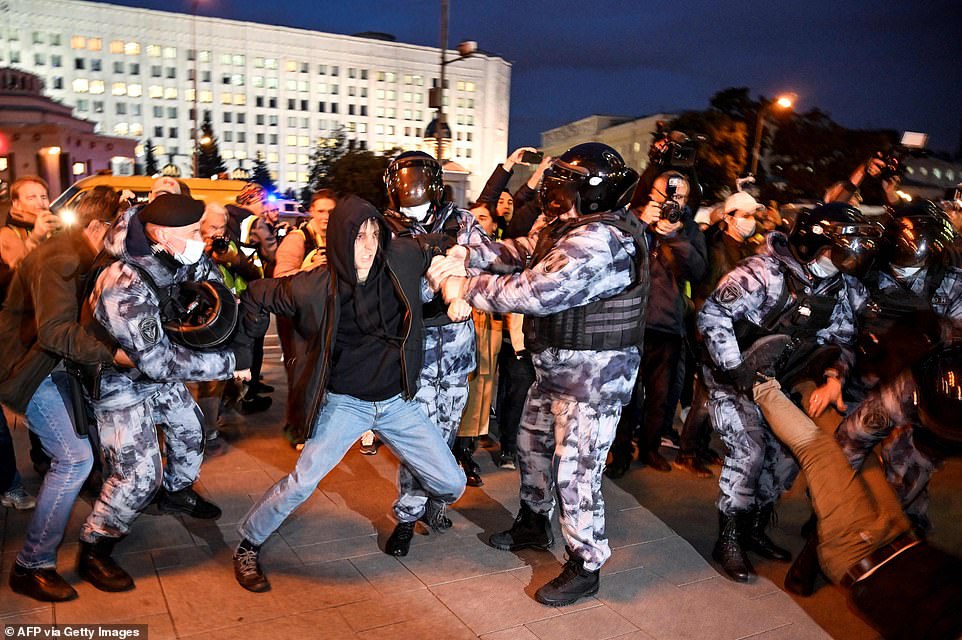 There were clashes between police and protesters in Moscow, as people took to the streets to protest Putin’s latest plans in the Ukraine conflict

‘The partial mobilisation is one of the reasons why I am here,’ he said. ‘A very poor step it seems to be, and it can lead to lots of problems to lots of Russians.’

Russian state-owned pollsters say that more than 70 per cent of Russians support what the Kremlin calls the ‘special military operation’, though polling leaked in July showed an even split between those who wanted to fighting to stop or continue.

A tourism industry source told Reuters that there was desperation as people sought to find air tickets out of Russia.

‘This is panic demand from people who are afraid they won’t be able to leave the country later — people are buying tickets not caring where they fly to,’ the source said.

‘The number clearly has picked up,’ the Finnish border guard’s head of international affairs, Matti Pitkaniitty, told Reuters, adding that the situation was under control and border guards were ready at nine checkpoints.

Denial of responsibility! Rapidtelecast.com is an automatic aggregator around the global media. All the content are available free on Internet. We have just arranged it in one platform for educational purpose only. In each content, the hyperlink to the primary source is specified. All trademarks belong to their rightful owners, all materials to their authors. If you are the owner of the content and do not want us to publish your materials on our website, please contact us by email – [email protected]. The content will be deleted within 24 hours.
1milliondailymaildraftedNewspavesPutinrapidtelecastrapidtelecast news
0
Share FacebookTwitterGoogle+ReddItWhatsAppPinterestEmail

‘You look like an Agatha Christie villain!’ The moustache is…