So Why Are There No Unions For Comic Book Creators Then?

Today, Comic Book Workers United announced their organisation as a union for staffers at Image Comics, with the potential for spreading industry-wide. Now, this is only for publishing, marketing, and editorial, not for the comic book creators themselves. For a start, across the industry, comic book writers, artists, colourists and letterers, and generally employed freelance – sometimes editors and marketers are as well. So might they unionise as well? That was what fuelled plenty of the reaction to the news. Well.. no. Because, in the United States of America, it is illegal for freelancers to unionise. But given that today everyone seems to be asking about this, it was worth cutting and pasting from an earlier article on this topic from three years ago with minor amends. Just remember that I am not a lawyer, I do not even play one on the internet.

In an industry where standard page rates have not so much kept up with inflation but have fallen, for writers, pencillers, inkers, colourists, letterers, even as the publishers have gotten richer. The odds are that comic creators are getting paid less than they would have done ten, twenty years ago. Some of that is driven by technology, but not most of it.

One of the biggest stumbling blocks is that in most places in the USA, organizing a union of freelancers for collective bargaining may fall under anti-trust laws, which are intended to combat price-fixing. The famous Taft-Hartley Act of 1946 explicitly excluded “any individual having the status of an independent contractor” from unionizing to the section that already excluded domestic and agricultural workers from being able to exercise that right. Indeed, many creators set themselves up as limited companies, and if they were to talk with each other about, say, setting minimum prices for work, that could be labelled as collusion and prosecuted by federal authorities.

Several people, including Neal Adams, Barry Windsor Smith, Dick Giordano, Frank Miller, Steve Gerber, Steven Grant and more looked into the possibility of comic book creators unionizing in the seventies and eighties but to no avail, coming up against the law on the matter. The Freelancers Union exists though does not participate in collective bargaining deliberations with employers, for the anti-competitive reasons set up above. It does however help with healthcare, insurance and other provisions that an American freelancer may find harder or more expensive to acquire.

There are existing Guilds that cover certain freelancers which were grandfathered into the legislation such as the Writers Guild Of America. However, they are restricted in expanding their coverage and remit to include comic book creators. The only way it would work is if the employees were actual employees, such as the Tampa-based CrossGen. Or if the people covered were editors, most of whom are employed as staff with relatively low salaries – though even that sector is moving into freelance as well. One could make an argument that exclusive comic creators, who sign up to sole publishers, are being treated as de facto employees depending on the state in which they operate.

DC Comics is probably keeping an eye on a class-action lawsuit alleging that Uber drivers in California are employees under state law, especially as the California Supreme Court issued a ruling that changed the test for independent contractor status in California, which Uber is contesting.

And some municipalities have already gone ahead with granting independent contractors the right to unionize  The Seattle City Council passed a bill allowing Uber and Lyft drivers to form a union, though that was appealed against by businesses in court. And gig economy guilds being created in New York instead. while the law may be changing in Canada to accommodate greater union presence.

That being said, many people who might be eligible to join such a union or guild if it were legal, may not be inclined to. Many creators prefer the individually negotiated deals they have managed to achieve for themselves. Psychologically the concept of American exceptionalism, manifest destiny, libertarianism, and pure damned bloody-mindedness may do more to defeat such a collective gathering as any law would.

But the launch of Comic Book Workers United, representing Image Comics staffers, has the potential to travel a lot further. Maybe even, one day, challenging the existing law, and affecting the likes of… Marvel? 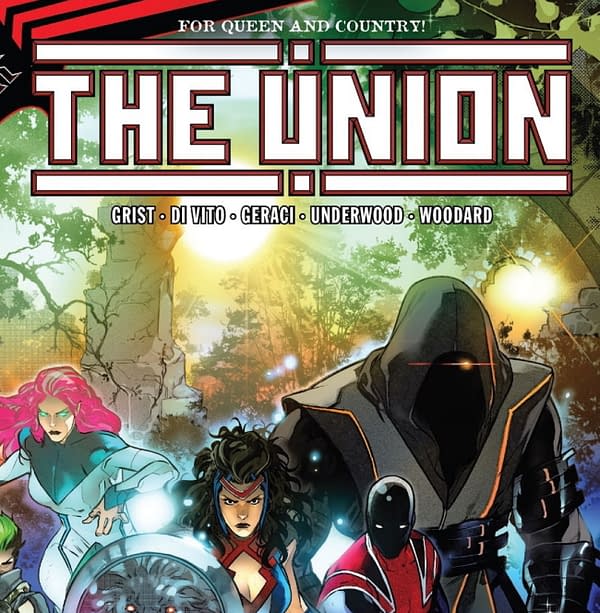 Denial of responsibility! Rapidtelecast.com is an automatic aggregator around the global media. All the content are available free on Internet. We have just arranged it in one platform for educational purpose only. In each content, the hyperlink to the primary source is specified. All trademarks belong to their rightful owners, all materials to their authors. If you are the owner of the content and do not want us to publish your materials on our website, please contact us by email – [email protected]. The content will be deleted within 24 hours.
BookcomicComics newsComics updatecreatorsrapidtelecastrapidtelecast newsUnions
0
Share FacebookTwitterGoogle+ReddItWhatsAppPinterestEmail

The Demand for Money Behind Many Police Traffic Stops

Is the COVID-19 vaccine safe for children?

We are a nation of the sleep deprived. And it’s not…