I’M beginning to feel a little out of my depth.

“Surfing, sailing and jumping off waterfalls — they’re my favourite things to do,” my guide Marko says.

And there was I thinking I had signed up to admire the ­finest waterfalls of Hawaiian island Maui on a hike through the ­rainforest.

True to his word, at the first two waterfalls he is straight in the water, clothes and all, scrambl­ing up the rocks and leaping into the plunge pool below.

Not me. My feet are remaining on terra firma.

When not making a splash, Marko is a mine of information about the plants all around us. 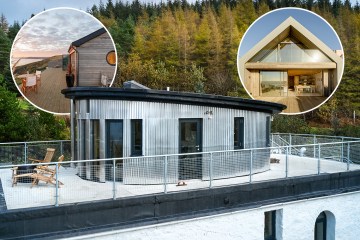 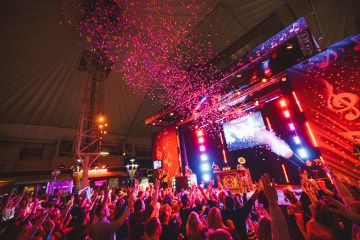 Exotic breadfruit trees, mango and tapioca plants, a rather scary-looking lipstick ginger you can’t eat and something called taro that you can.

Its roots are used here in Hawaii to make an unappetising-looking starchy paste called poi. “You must try it,” Marko says. There are many things I must do here but I decide that is not one of them.

Hawaii has its fair share of hotels and you can fly between islands if you want a change of scenery. But why make life so difficult?

Far better to do as I have — fly into Honolulu, jump on Norwegian Cruise Line’s ship Pride of America, unpack and sit back while the ­captain takes you from one island to another.

Most read in The Scottish Sun

Getting here was quite an endurance test. A ten-hour flight from London to Seattle with British Airways, five-hour layover, six hours with Alaska Airlines to Honolulu, and then the whole thing in reverse at the end.

But what a brilliant ­itinerary. We’re ticking off volcanoes, zipwires, surfing, movies and more on calls into Maui, Big Island — officially called Hawaii, where we have two stops, in Kona and Hilo — and Kauai.

I’m also going to Pearl Harbor at the end of the cruise, to see the USS ­Missouri, aka Mighty Mo, the battleship on which the Japanese surrendered in 1945.

Not just that, but we’re staying the night in both Maui and Kauai because there are two things you really must do while on the islands.

Firstly, see the sun rise while 10,000ft above Maui and secondly, go local at a luau — a traditional Hawaiian party — in Kauai.

Which is how I find myself on a winding road heading up Haleakala volcano at 3.30am, staring out into the pitch black but wide awake as I’m still on UK time, 11 hours ahead of the islands.

He can say that again. Hawaii might be the 50th state of the USA but it’s in the Pacific, almost 2,400 miles from America’s mainland one way and 3,900 miles from Japan the other.

Not that we’re at all lonely up here. I reckon half the population of Maui is here and waiting, cameras poised, to catch the magical moment the sun appears over the horizon.

And there it is! Mission accomplished. It’s time to head back to Pride of America for breakfast.

The ship is a shrine to all things Stateside. The crew and most passengers are American — I have lunches in the Cadillac diner, dinners in Jefferson Bistro, drinks at the Ocean Drive Bar and watch live bands in the Mardi Gras lounge.

And in a nod to Hawaii, there are hula dancers as we embark, local grub in the Aloha Café and Big Wave beer behind the bar.

Hilo, our next stop, turns out to be the unluckiest of places.

I am visiting Volcano National Park, where Kilauea is still smoldering after the explosion.

“If anyone needs a bathroom, there’s one over there. We call it a lava-tory,” jokes guide Lili.

She tells me that 20 miles away, deep under the ocean, a new island is being created by volcanic activity. My excite­ment is tempered when I learn it’ll be hundreds of years before it surfaces.

Kona turns out to be a tender port, where we are being taken ashore in the ship’s lifeboats because Pride of America is too big to dock. At least that is Plan A.

Sadly we wake to news there’s too much swell to get us ashore safely.
Cue a day at sea.

I’m going to the luau — a fun evening with a free bar and hula dancers, singers and a fire juggler who act out how Polynesians arrived in Hawaii centuries ago.

The next day I follow it up with a boat ride on Wailua River to Fern Grotto, a secluded spot popular with couples tying the knot.

There’s more hula and ­singing, this time a local ­wedding song. “You’re all married Hawaiian-style now,” our host proclaims as we start to leave.

I decide not to tell the hubby.

GETTING THERE: Flights to Honolulu in January via LA with British Airways and Alaska Airways are from £339 return. See skyscanner.net.

SAILING THERE: A seven-night all-inclusive cruise around Hawaii from Honolulu on NCL’s Pride Of America on January 14 2023 calls into Maui, Big Island and Kauai.

Denial of responsibility! Rapidtelecast.com is an automatic aggregator around the global media. All the content are available free on Internet. We have just arranged it in one platform for educational purpose only. In each content, the hyperlink to the primary source is specified. All trademarks belong to their rightful owners, all materials to their authors. If you are the owner of the content and do not want us to publish your materials on our website, please contact us by email – [email protected]. The content will be deleted within 24 hours.
BrosnancruiseHolidayHollywoodhomesincludingPiercerapidtelecast
0
Share FacebookTwitterGoogle+ReddItWhatsAppPinterestEmail

James Cameron says ‘Avatar 2’ is ‘more emotional’ than the original

Biden aide says US has warned Kremlin against using nuclear…